A group within the Hungarian community living in São Paulo call themselves Turma (i.e., ‘group’ in Portuguese). They left Hungary for Brazil in the forties-fifties as children with their parents and until today they remained close friends. They are guarding and constantly recreating their traditions, which comes from the period when they left Hungary, yet it is influenced by the Brazilian culture as well.In the so-called golden age – the early sixties – the Turma performed theatre plays for the occasion of Hungarian national holidays. These events were not only important to strengthen the community but were crucial in the forming of their identities as well. Since then, they typically enact their Hungarian identity through dancing, singing songs and reciting poems: they perform their Hungarianness, as it were, both on and beyond the stage.

Having followed the life of the colony for a long time as a friend as well as a documenter, Sári Ember now presents a video installation about this insulated community living out moments otherwise frozen in time. 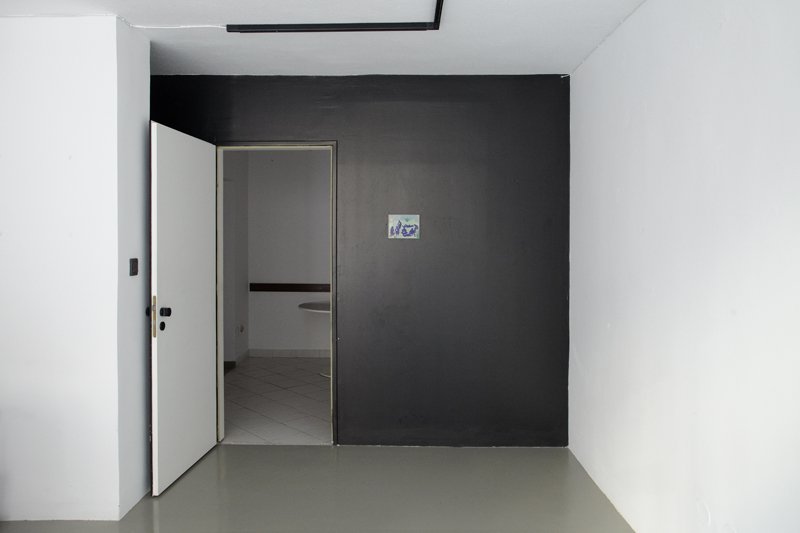 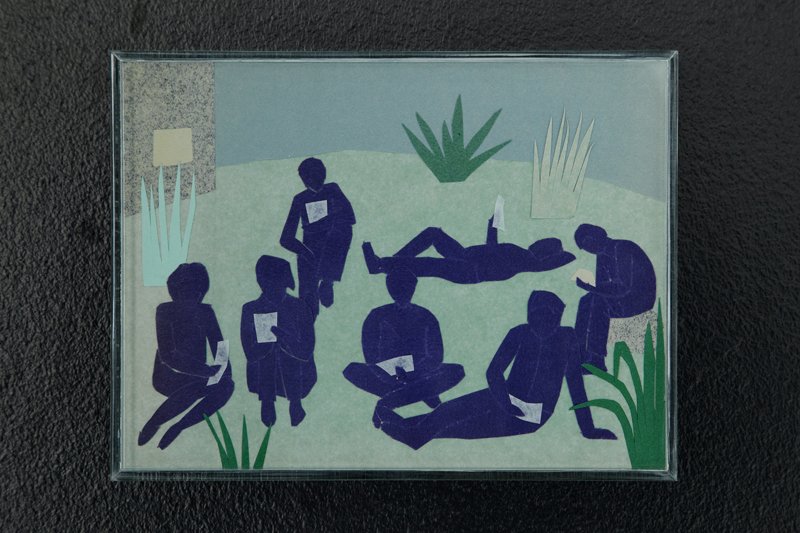 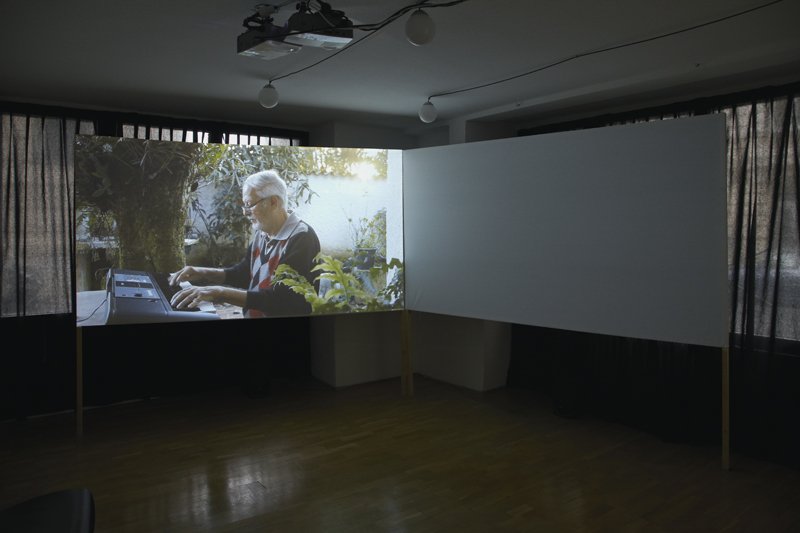 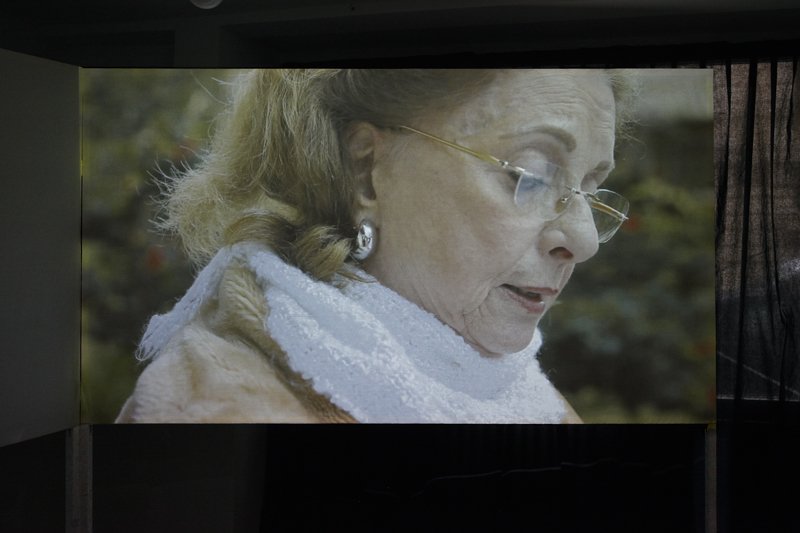 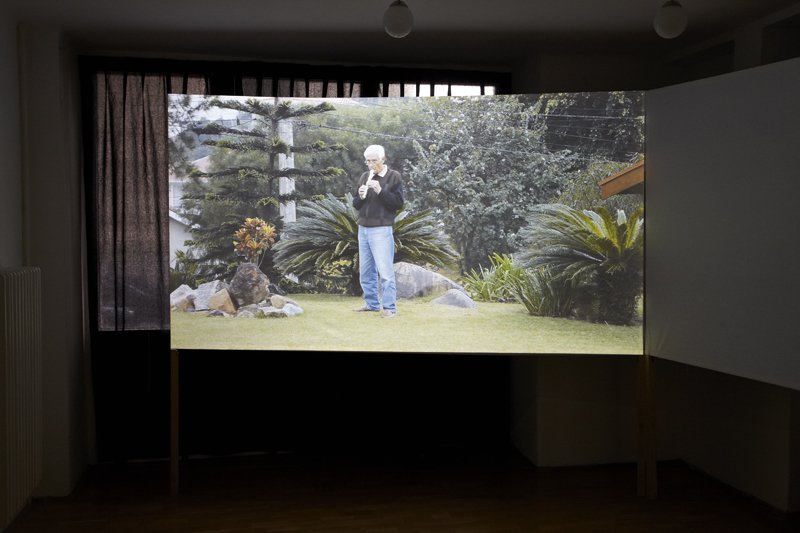 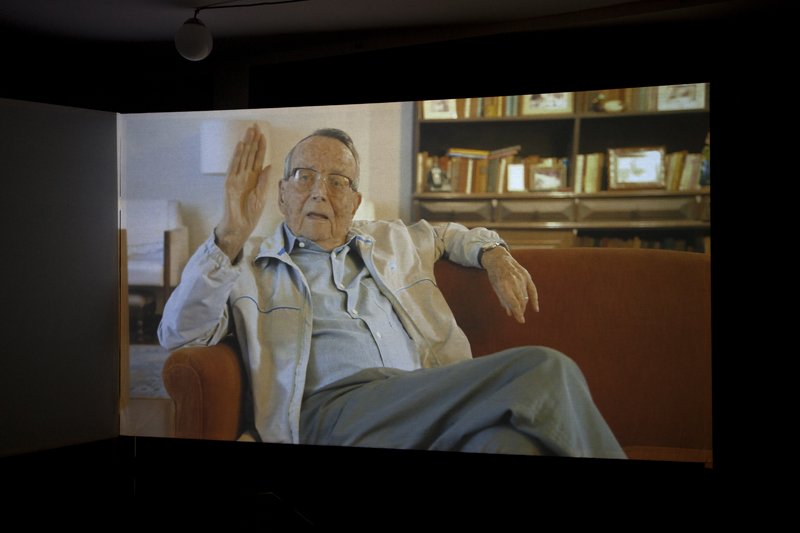 curatorial text of Flóra Gadó:Between 2013 and 2015, Sári Ember made several trips to São Paulo, where she was born. Her goal during this period was to spend more time with a Hungarian immigrant community who call themselves Turma (in Portuguese it means group), and whose members are close friends, and were almost family to her parents when they lived in Brazil. The members of the Turma immigrated to Brazil in the 1940s and 1950s as children with their parents, due to different political and economic reasons. During the 1960s, when they were young, the group performed Hungarian plays, practiced choral speaking, and participated in scouting. Despite their old age, their devotion to Hungarian culture, especially literature and music, is still very strong. Sári Ember belongs to this community as well, but as an artist she took an outsider’s point of view, when she started to document the spontaneous singings and poem recitations on the occasion of celebrations and national holidays. From this continuous “Hungarian performances,” the idea was born to ask the members of the community to present a song or poem of their choice in front of the camera.Sári Ember’s project is neither a reportage nor a documentary, the songs and poems that the participants choose to perform, speak instead of them, about what home, homesickness, distance, and absence means to them. In the video installation, we can see men and women one after another, reading poems from a book or reciting them by heart, singing songs or playing an instrument at their homes, which are safe places to open up in front of the artist and the camera. The environments are also telling, as they have a certain contrast; intimate rooms lled with memorabilia alternate with outdoor scenes. These scenes, with their vivid colors and tropical owers, couldn’t be more different than our average Hungarian landscapes. The performances, on one hand, could be considered as reenactments of the plays from the 1960s—which are visible in the scenes when the participants try to remember melodies together—and on the other hand, they could be seen as special productions through which allow everybody to experience their approach to Hungarian roots differently. Also, their choices of songs or poems tell us delicately about the different backgrounds and knowledge systems, which exist next to each other.Their reactions to the shootings are also dissimilar; some start to cry, others take the challenge with humor and proudness. For many, the singing and reciting take a nostalgic turn toward lost youth, while to others, these chosen works arise associations of the end of life. In the interpretation of the Turma, these nationalistic, romantic, or, due to repetition, empty phrases—like patriotism— ll up with new meaning. The meaning of the poems by famous 19th and 20th century poets, like Sándor Pető , Mihály Vörösmarty, Gyula Illyés and József Attila, or the folk songs the Hungarian audience knows by heart, change suddenly; the chosen works emphasize the complexity of being Hungarian, the constant burden of emigration, the strong feeling of community, the notions of family and love, and the fear of dying far away from the homeland.

Sári Ember is an invisible partner from the other side of the camera; when someone forgets a line, starts again something, or sings in a false tone, that becomes part of the lm as well. The artist’s empathy evokes a kind of honesty, which is visible in the performances, and because of which the participants open up, despite of their embarrassment. Laughing is part of this honesty, too; in the video, despite the melancholic atmosphere, we see many humorous episodes. Often, the performers laugh at themselves when they are overacting or acting too seriously.
Even though we can hear a poem or song many times, the video does not follow a linear narrative, it does not tell us a story. The portrait fragments are visible in their entirety for the rst time; putting them next to each other tells us about the solidarity of the community, about personal lives and desires, as well as about the identity of the Turma, which is the impossibility of coping with the process of immigration. Sári Ember invites the viewer to a similar experience she took part in before; while watching the lm, we have to prepare ourselves to this closed microuniverse, and through the possible reinterpretation of the poems and songs, we might be able to see the Hungarian cultural heritage and our relation to the country itself differently.